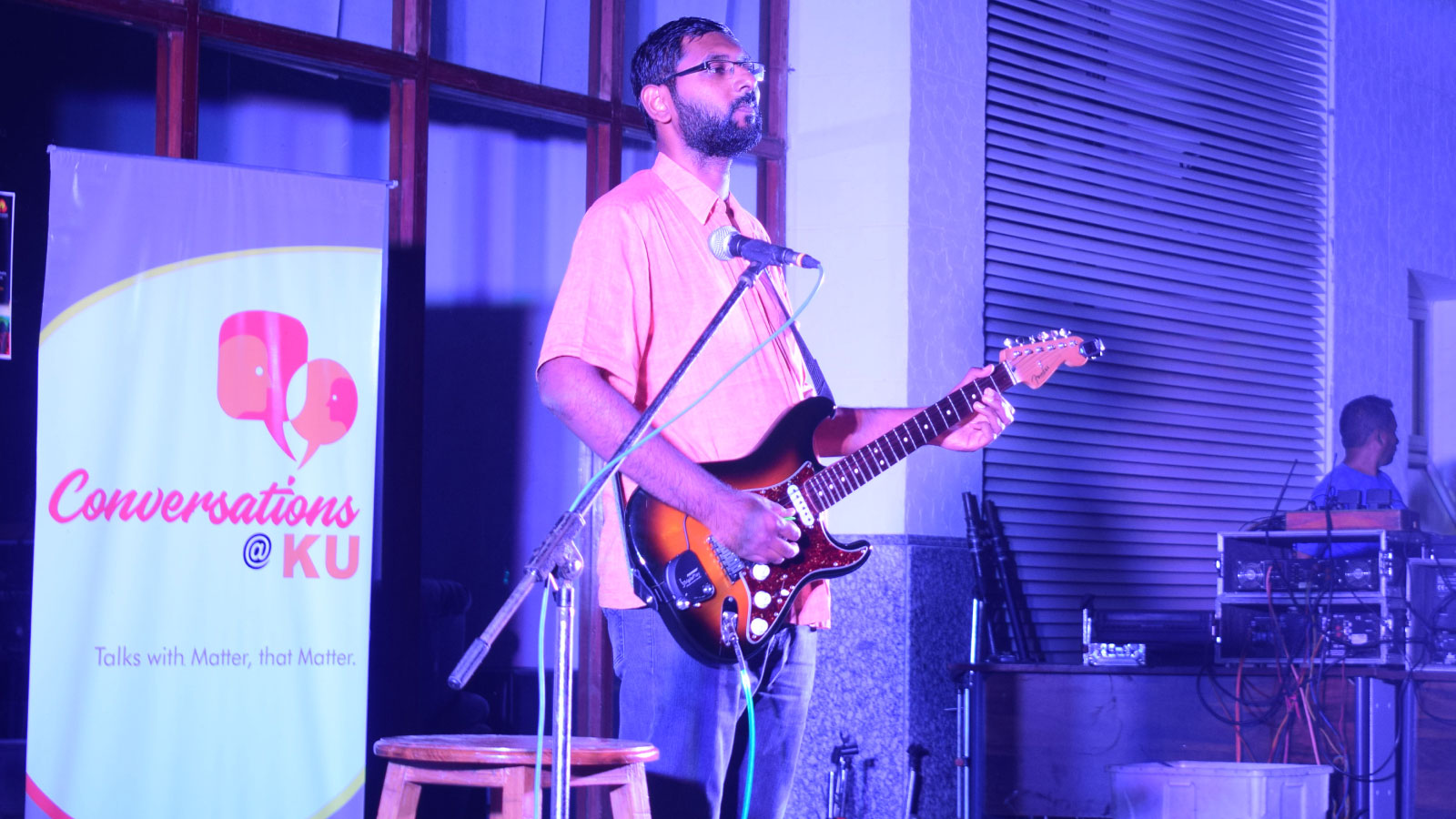 Students of Karnavati University were enthralled with a musical conversation with Nikhil Rao, the lead guitarist of the famed Indian Ocean, who was a delight to host at the KU campus on Wednesday, 26th September as part of [email protected] Nikhil’s music mesmerized the audience that had turned up in large numbers at the university amphitheater. The students sang along with him as he warmed them up with his favorite songs from the band as well as western classical and metal music. The most entertaining part of the evening was when he shared the story about his life in Ahmedabad, studying to be an engineer and anecdotes from jamming with the Indian Ocean band.

'Set life goals and achieve them in a fixed time...like a gamer!' In the latest session of [email protected],...

Parth Kotecha at the Motivational Seminar