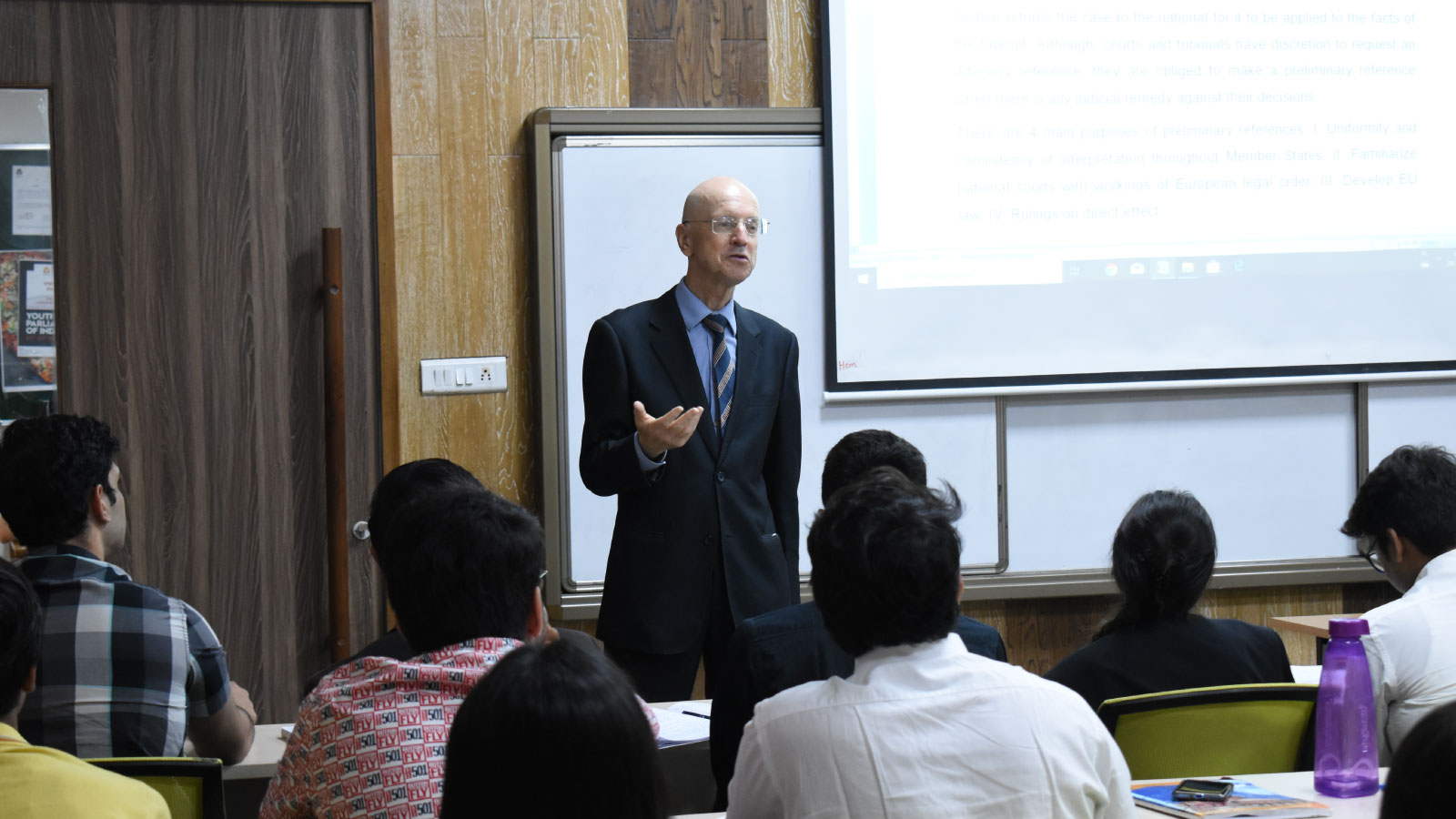 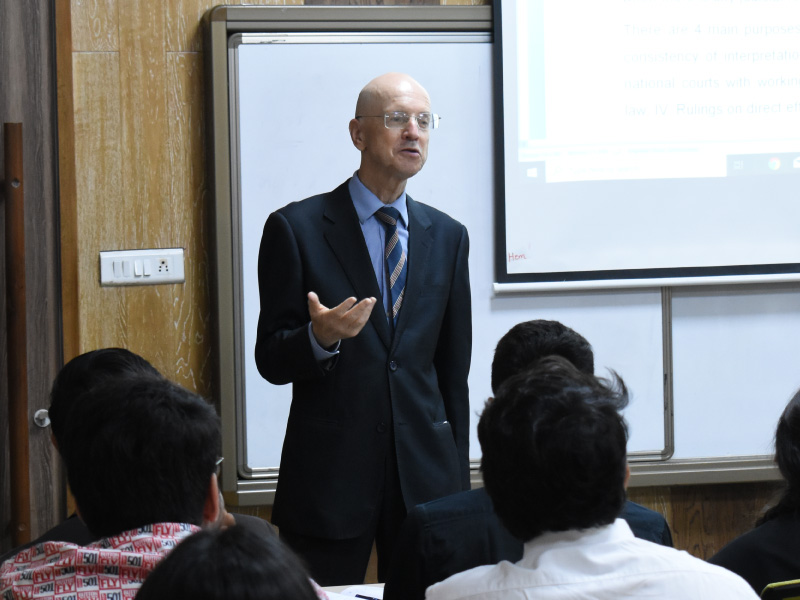 Certificate Course on European Law and Philosophy: Issues and Perspectives

Unitedworld School of Law has initiated, through the Centre for Law and Philosophy, a four day certificate course on ‘European Law and Philosophy: Issues and Perspectives’ from November 18 to 21, 2019. The Course was taken by Prof. (Dr.) Krystian Antoni Complak, full Professor of Constitutional Law in Poland. Professor Complak is currently teaching in universities on four continents.
Holder of the postdoctoral degree, having the Habilitation status; Professor Emeritus at the Faculty of Law, Administration and Economics in the Wroclaw University (Poland); Honorary Professor of the San Martin de Porres University in Lima (Peru) and of the CENHIES in Pachuca (Mexico); Author of about two hundred scholarly publications, from which more than a half appeared in foreign languages; Member of numerous scientific societies and editorial boards (councils); International Electoral Observer in many countries, recently in 2018, during the presidential and parliamentary in Mexico; Special Lecturer at the Yearly Course on Constitutional Justice for Latin American Practitioners in law, organized by the Spanish University of Castilla-La Mancia in Toledo.

The course is exclusively offered to first three year batches of B.B.A. LL.B. (Hons.) of Unitedworld School of Law. It deals with the comparative analysis of European and Indian Laws and the philosophical development of the laws.

Dr. Malay Patel, Course Convener opines that in this era of globalization it is indeed needed for the law students to understand intricacies of European laws and to further enhance the knowledge of law.