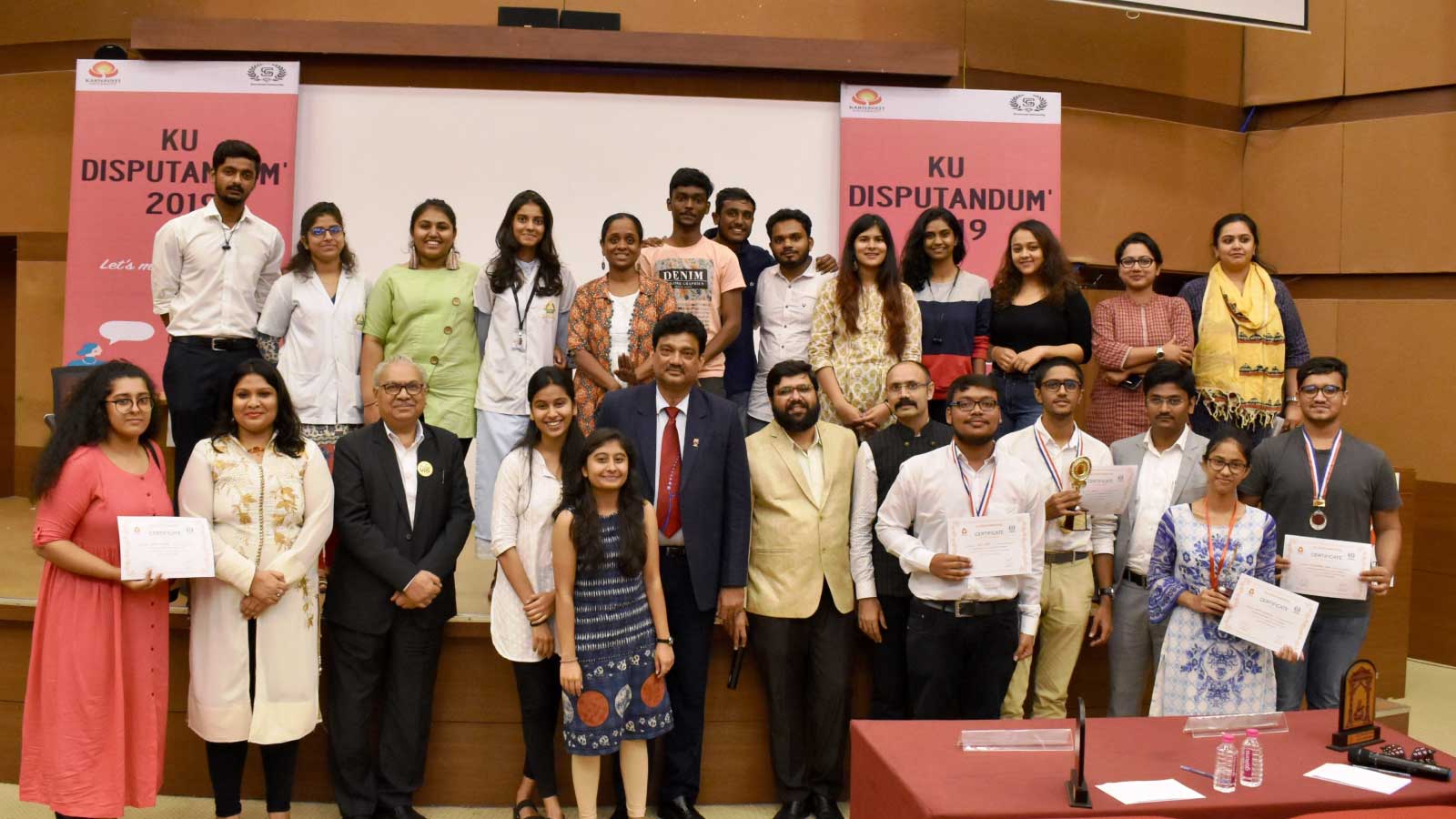 “One should not sit there and agree with what is said, its not anyone’s job but one should debate and make decisions.”

Today was the semi final and final of KU DISPUTANDUM’19 in which 8 teams competed in semi final round and out of which four teams competed in finale round. The event was judged by Advocate of Gujarat High Court Adv. Bhavik Samani, Adv. Neel lakhani and state level debate champion Mr. Kapil Shah. The final round was held in the esteem presence of Dean of UID Mr. K K Singh Sir and Mr. Jayanti Panchal sir, Dean of UWSL Dr. Nachiketa Mittal.

The finale round was full of energy and enthusiasm as it included very crucial topics (1) Sexism against men (2) Is there a need for sustainable environmental policy?

The event was a great success as it received tremendous response from all the participants and students of Karnavati University.

The Winners of KU DISPUTANDUM’19 are

Congratulations to all the winners.