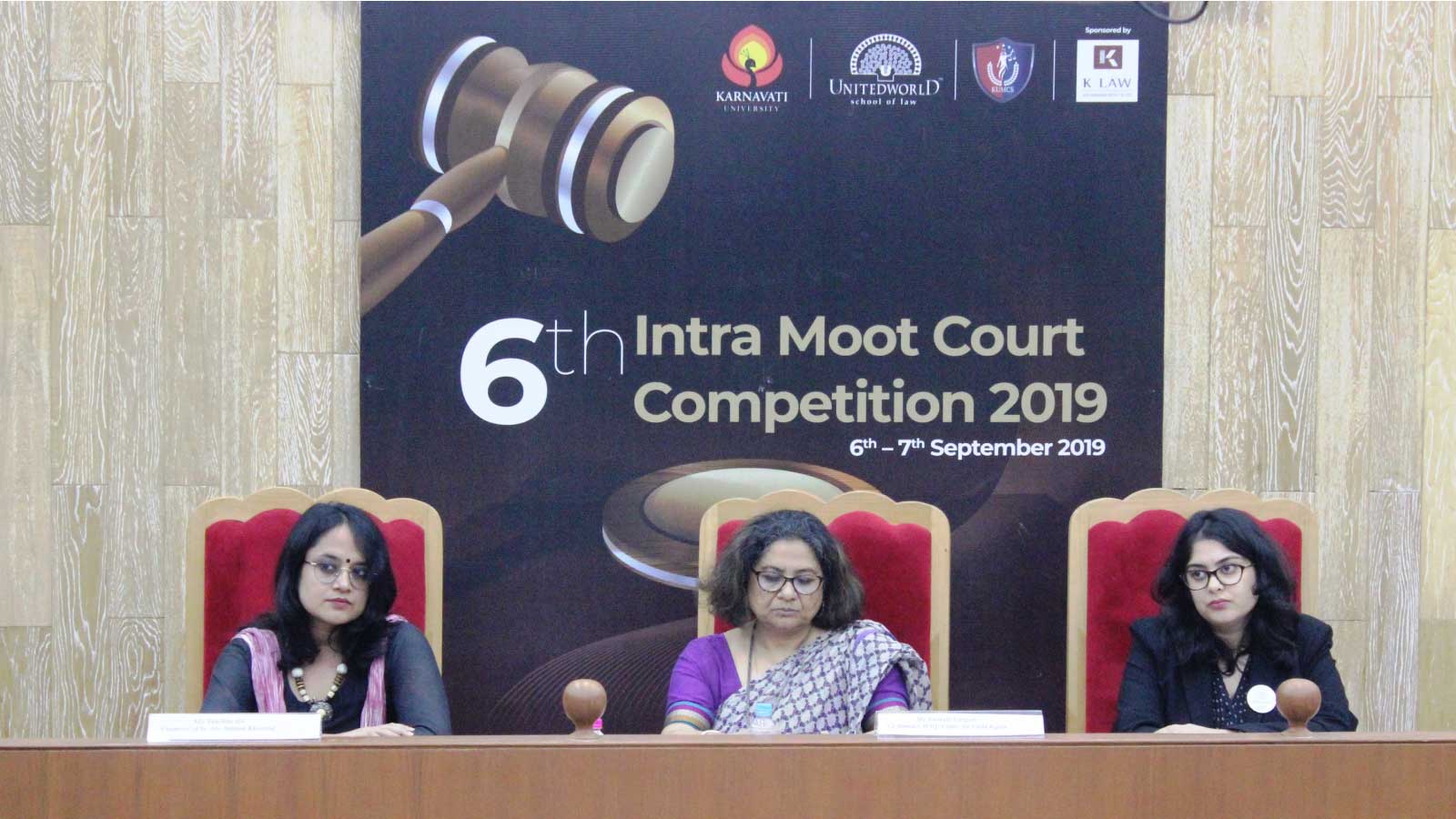 Unitedworld School of Law (UWSL), Karnavati University, a growing law school committed to the culture of mooting, initiated a three-day training course three weeks ago. In furtherance to that, we conducted Intra Moot Court Competition and in an unprecedented move, it was sponsored by a Bombay based Law Firm Krishnamurthy & Co.

Moot Proposition was about a very pertinent issue which was sub-judice in the Court, which was based on the premise of POCSO Act challenging the Constitutionality of its arbitrary provisions.

The Final Rounds of the Competition was judged by three Judges women bench which comprised of an imminent child right activist, Ms. EnakshiGanguly, Co-Founder of HAQ, MsSanchitaAin from the Chambers of Senior Advocate Salman Khurshid and MsAditi Mittal, Associate Partner, K law from the Sponsoring Law Firm.

The uniqueness of the Bench was duly placed keeping in the view the proposition based on POCSO Law, considering the sensitivity of the issue of sexual abuse of a minor. The moot proposition was drafted by Mr. AkashJauhari, Advocate from Wadhwa Law Chambers. The Preliminary rounds were judged by Lawyers practicing in the High Court of Gujarat handling Criminal Law Matters.

Over 200 students registered from across all batches of UWSL, for Intra Moot Court Competition out of which a Two member team emerged as a Winner, one student was adjudged as the Best Speaker and drafted Memorial was identified as the Best submission.