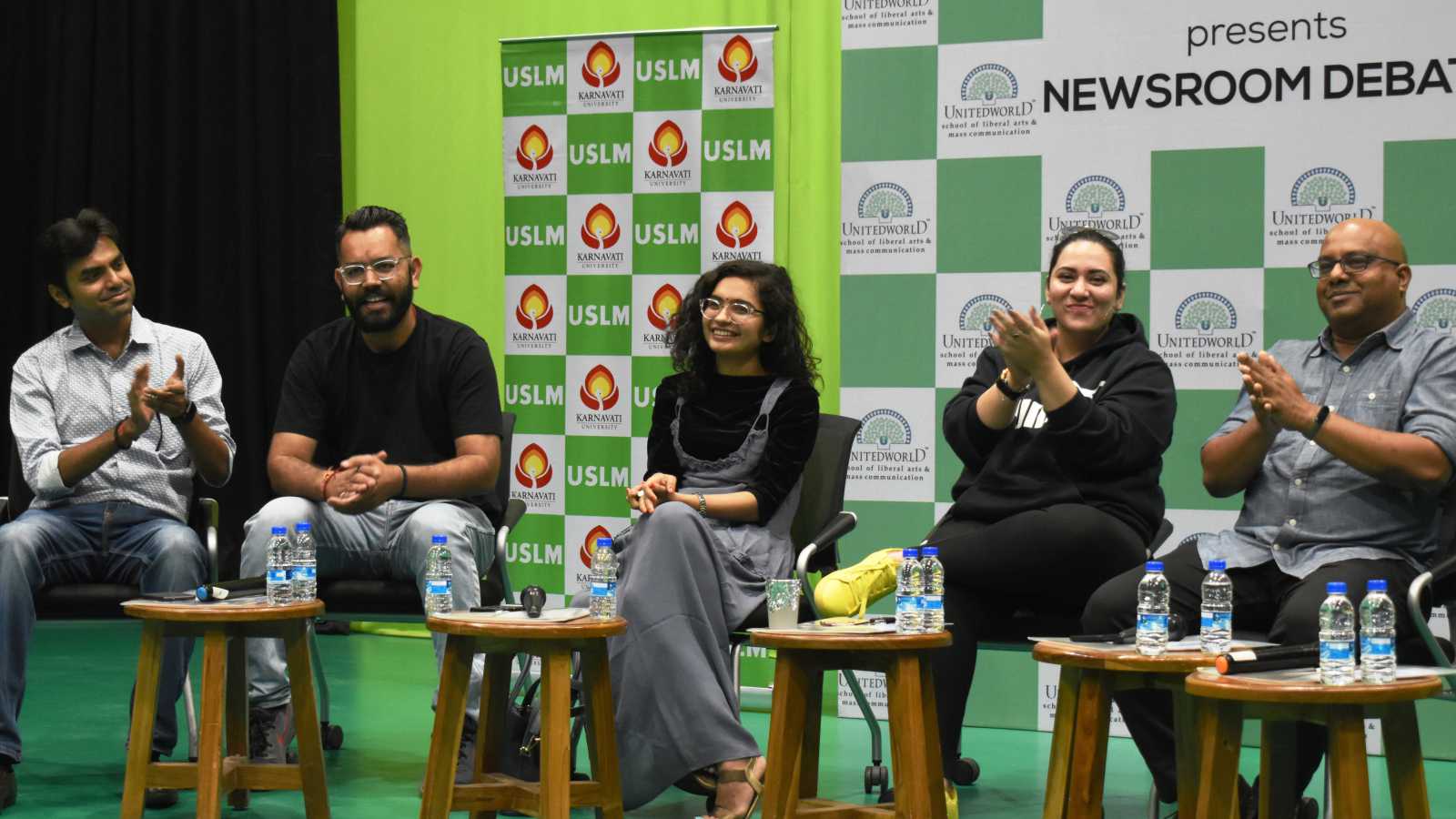 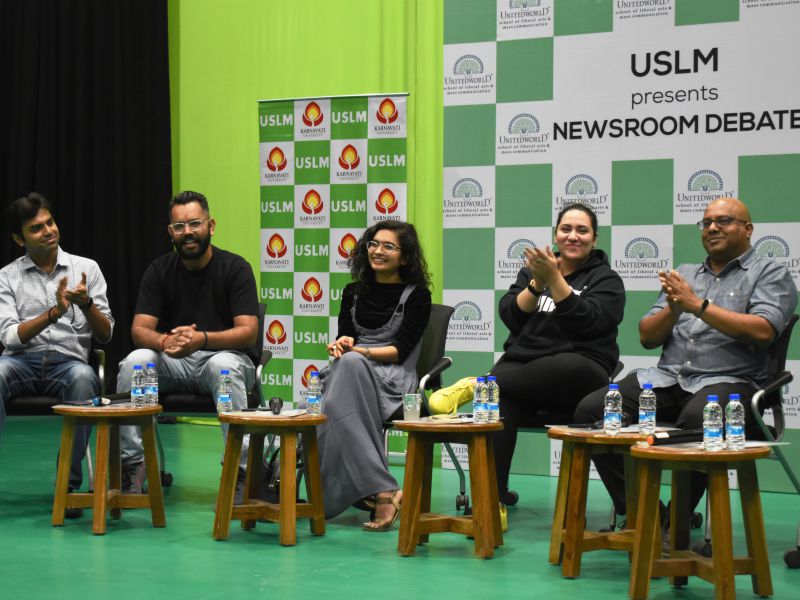 As we know that the nation and the globe seem to be in an utter state of decadence often until things that give everyone a respite are those not-so-serious on social media; call them memes, TikTok, GIFs, online jokes, catch-phrases or a simple eye-catching social media post. And if one catches the eyeballs — such as, “Hello friends, chai peelo” or the “Dancing Uncle” — one sells like hotcakes.

The idea behind the first Newsroom Debate in Unitedworld School of Liberal Arts and Mass Communication (USLM) was to discuss what leads to the exponential popularity of such material on social media. How do influencers influence and gain followers? What leads to sudden attention and why? The aim was to gauge the perspective of the influencers and how such social media usage shapes and alters the perception of society.

The energetic session initiated, coordinated and moderated by a team of enthusiastic students and faculty of USLM, was named ‘Jo Dikhta Hai Woh Bikta Hai’.

The launch of Coursera

The launch of Coursera saw the presence of Dulles Krishnan Managing Director, Enterprise (India and ANZ), Coursera and...

The department of USLM, Karnavati University (KU) welcomed its existing batch in the new academic year with a...