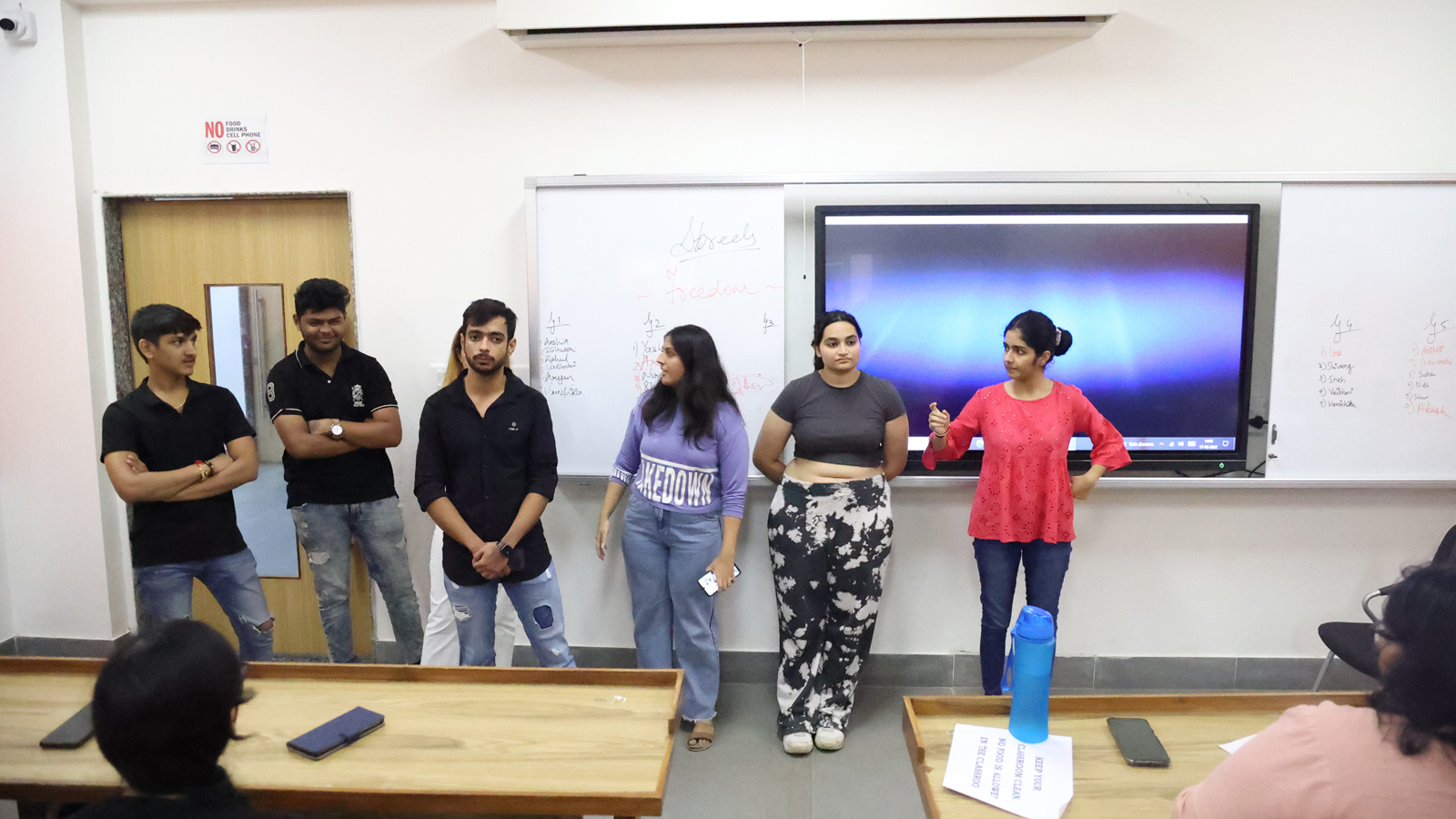 Karnavati University’s United School of Liberal Arts and Mass Communication has organized Storeels, an  inter -departmental audio- visual based competition. The students of semester 3rd and semester 5th actively participated in the event and produced amazing contents in the given time duration. The theme of the event was Freedom which was divided in 5 different categories I.e. Advertisement, Promotional, Influential, Short Film etc. It was an all-inclusive activity where students were the visualizers, scriptwriters, cinematographers and editors. With a given time-limit and resources, the students were asked to make a story with the help of their mobile phones only. Total 8 team participated in the event and presented their videos in front of the judges. Prizes will be given in the first week of August.

Synergy brought forth among the students of the third and fifth semester of USLM an exuberance of collaboration which was assisted and thoroughly encouraged by the team of faculty members from USLM, Karnavati University.

Attended by more than thirty student participants, the events of the day effectively was a showcase of talent; a safe-space which enabled them to gradually open up in front of their peers.

In the culminating event, Poster Competition, on the theme of Freedom,  the students created nineteen posters ranging the depth and breadth of the theme, and explained their artwork with great precision and insight. The event concluded with distribution of prizes to the top three posters.

Out of Syllabus Session with Ms Ratna Pathak...

Unitedworld School of Liberal Arts and Mass Communication was delighted to welcome Ms Ratna Pathak Shah to the...

On the 9th, 10th and 12th August, USLM welcomed the incoming batch of students with the utmost warmth....