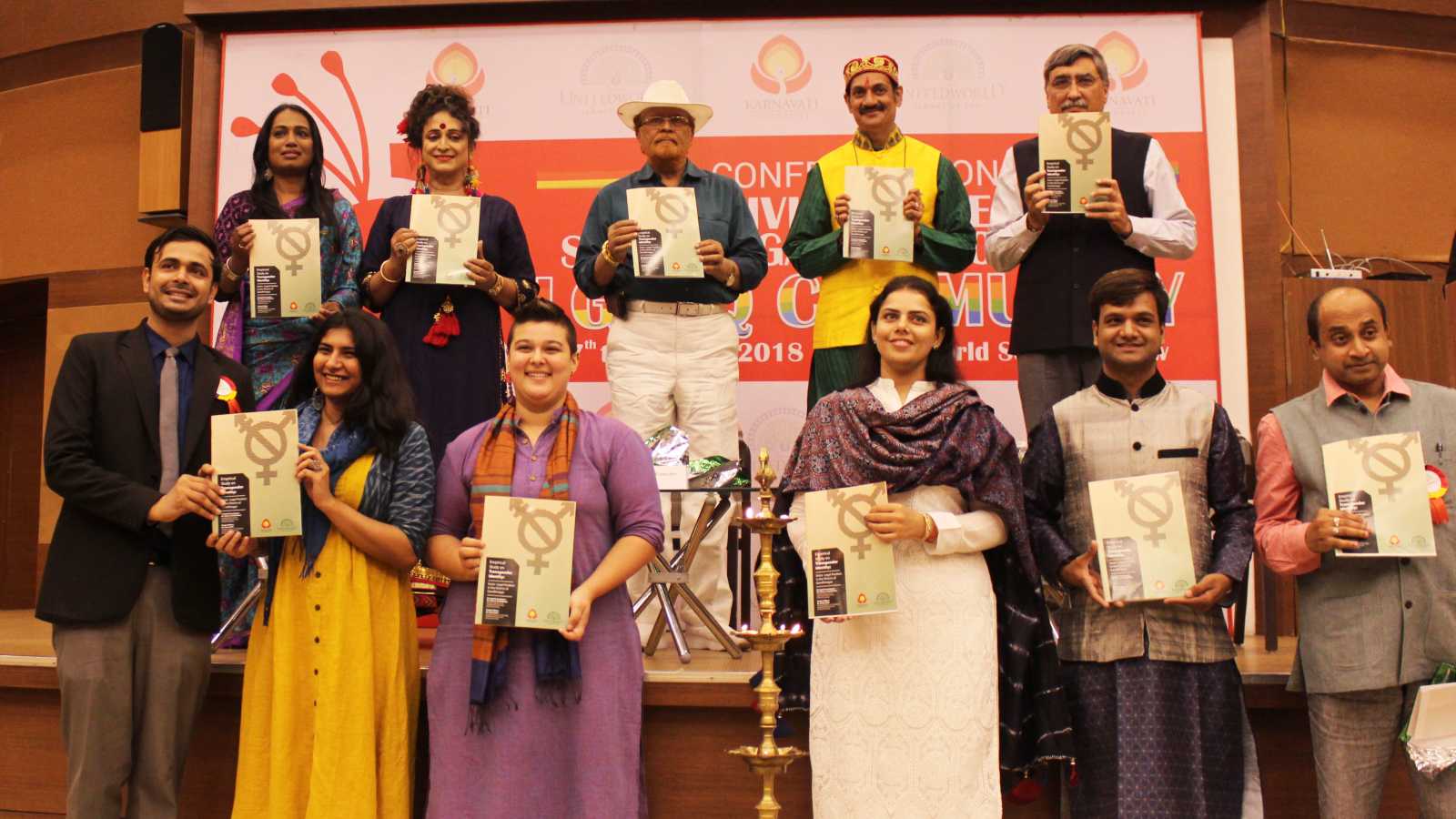 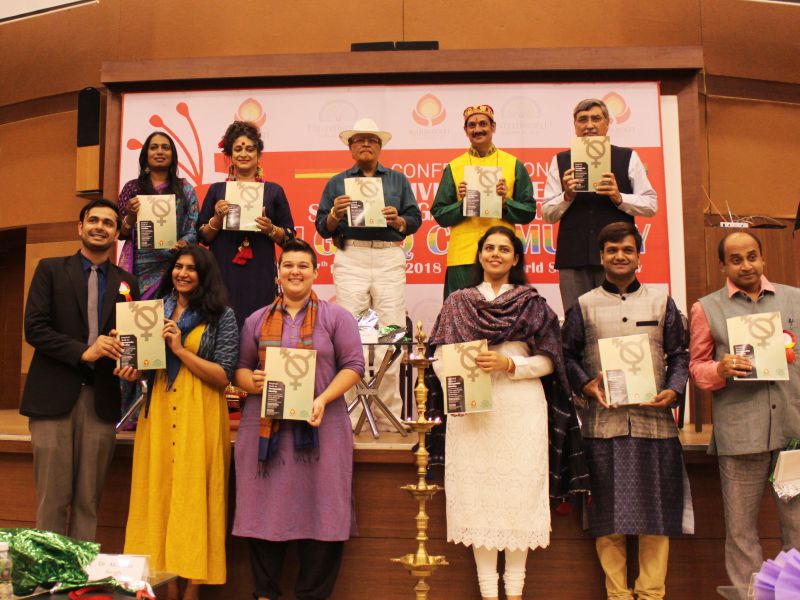 The Programme was also graced by Shri K.G. Vanzara, Additional Secretary of Social Justice & Empowerment Department, Govt. of Gujarat whom a report on empirical research study prepared by Prof. Shrut Brahmbhatt and Students of 2015-20 of the Institute titled “Transgender Identity: Socio-Legal Position in the District of Gandhinagar of the Institute was submitted to by Shri Manavendra Singh Gohil and all the dignitaries present in the occasion to take further actions on the suggestions and recommendations.
Shri K.G. Vanzara attempted to relate sexual desire with sexual orientation which is present in all minute aspects of mankind and also conveyed that the steps for the protections of Transgender persons declared by hon’ble supreme court of India in NALSA Judgement.
Shri Manvendrasinh Gohil appreciated that concept of this conference, which has been taken probably for the first time by any university of south Asia and in the history of Gujarat. He expressed that this module’s going to get nurtured by the time and will surely be of help for the persons from LGBTQ community. He urged and appreciated the fact that non – LGBTQ community members are supporting the LGBTQ community.

The inaugural day was also chaired by a transgender who’s yet to ‘come out’, Ms. Vidya who expressed her worries to have better health care, social needs, education and employment of marginal groups. She conveyed that Right to Self Determination, Right to informed Consent and Right to marry and Adopt are must for every human being and shall be ensured by society along with laws and appreciated the initiation of the course which shall help to cater the needs from society.

The Inaugural Day was also comprised of two panel sessions comprising of Dr. Manabi Bandopadhyay, Ms. Kalki Subramaniam, Mr. Gautam Yadav, Ms. Anahita Sarabhai & Ms. Shamini Kothari. Dr. Bandopadhyay narrated her story of being first transgender principal in India and appreciated the concept of such course.
Ms. Kalki, self defined victim and social activist, focused on social acceptance of LGBTQ community along with her personal struggle. She feels that a country which respects its women will only be able to accept persons from LGBTQ community. Her words “I see myself as a woman who wants to love and be loved in return.” She believes that suicide attempts are because of non-acceptance by their own families.
Mr. Gautam Yadav, being HIV positive homosexual, expressed that it is equality which shall be ensured.

Ms. Anahita Sarabhai and Shamini Kothari discussed and explained the sense behind “Q” used in the term “LGBTQ”. Q here stands for Queer which means “Strange or Odd”. They also introduced their institution “QueerAbad” and various functions of the institution.

They interacted with the students and discussed their personal experiences through which they came out to be strong individuals by accepting their gender as lesbians at a very young age.
Ms. Sarabhai while answering a question said that they do not want just right to marry because that is secondary whereas their freedom is primary.
Mr. Gautam Yadav agreed that it is challenging for the parents to accept their children not being straight but children must understand themselves first and then explain parents about their sexuality.