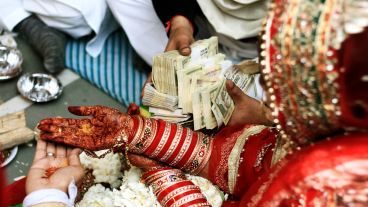 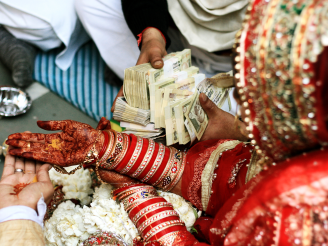 Marriage transaction, commonly known as dowry, is a widespread phenomenon in Gujarat .  We find that their husbands often torture wives.  We often read in newspapers that, newly married girls are tortured in all possible ways. The custom of dowry in Hindu marriages is a deep-seated cultural phenomenon. The custom is held responsible for a number of problems perpetrated against the nation’s women, including dowry violence, bride burning, and wife’s murder. It is therefore, regarded as a social evil and has become pressing problem to be solved. Young men and women must come forward to put an end to these disgraceful systems. Today, dowry continues to be a socially accepted and rational outcome of the current marriage market. True progress in the elimination of the dowry system will only come through endeavors to create awareness among communities about the negative effects of dowry, through programs and government sanctions that support education and employment for women of all ages, and through a fundamental change in the attitudes of people. Legal and other strategies must be used to eliminate both the root cause of the dowry tradition as well as to address its grave outward symptoms.