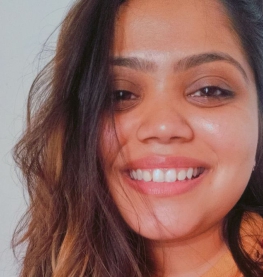 ‘Survival Boreal’ collection is to create awareness on the effect of global warming which is ‘Melting Glaciers’. Turn up heat and ice will melt that simple right? The effect of climate change on the world’s ice is almost simple. Global temperature creates warming in weather, and that warming rapidly increases at the pole side which is not good news for climate as well as people who live on the pole side. As a result ice sheets and glaciers melt and shrink. Melting ice is bad news for several reasons like sea level rising that leads to flooding, habitat destruction and other problems. Animals are losing their homes and these species rely on ice habits to survive- polar bears, seals and many others are threatened by global warming and climate change. My project is to create awareness of this change to the people who don’t live in the polar region. People who don’t know this effect of global warming.

Gulbai Tekra About my Project:I started my research on the tribes of India. Adivasi is the collective term...

Linear Expression - A Unisexual Collection of Spring Summer 2020 About my Project:A line can depict a lot...