Women know how to handle their curves

“Flattening the curve” is no longer a women’s obsession anymore – governments around the world are now looking to essentially curb the rate of infection of the Covid-19 virus. And amongst them, the countries who have been most successful in handling the crisis are led by women.

Germany, Belgium, Finland, Denmark, Iceland and New Zealand have had the most successful responses to the pandemic and have managed to flatten the curve thanks to swift government mobilization. They have also been better prepared in terms of protective equipment and medical gear for health care workers. 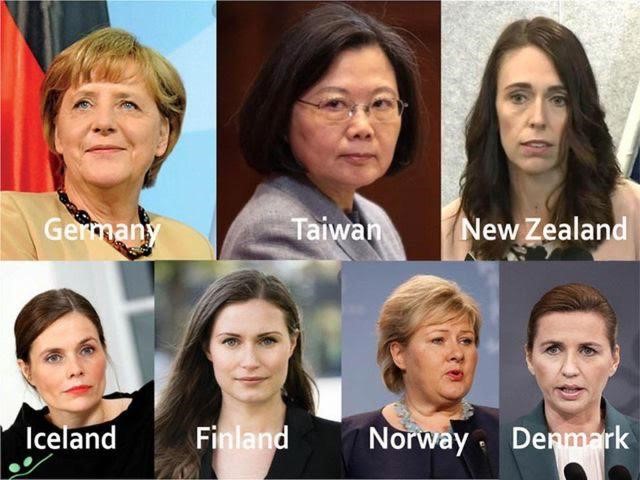 As the world leaders manoeuvre to bring COVID-19 to its knees, these women-led nations set examples by flattening the curve.

Angela Merkel began the social distancing campaign in Germany as early as March 11 and also began educating the citizens on the reality of the disease. Germany is testing 500,000 people weekly – more than any other European country and also efficiently passed a 1.1 trillion euro spending package in the early bouts of the disease. Merkel in the past decade has proved to be a rock in European politics – from effectively handing the 2008 credit crunch, the euro debt crisis in 2014 and proving to be a pillar of safeguarding international human rights when she welcomed 1 million refugees in 2015.

While Belgium hasn’t slowed down the rise in number of cases yet, it has a 67% recovery rate and the death rate has dropped to 50%. The Prime Minister enforced a lockdown as soon as the death toll reached 10 and provided utmost clarity to her citizens of the rules that would help them keep safe.

Sanna Marin is the head of a coalition of four other parties, all led by women. The world’s youngest head of government has stepped up and taken full accountability and sped up measures to control the pandemic, resulting in Finland seeing the death rate drop everyday since 6th April and a 88% recovery rate. She roped in the help of social media influencers to spread awareness and implemented strict measures to guide the country through its worst crisis since World War 2.

It also helps to know that Finland never stopped stockpiling masks since the Cold War. Thus, it now has an enviable supply of survival gear for its medical personnel.

Denmark is seeing a daily drop in cases since April 6th and has even plans to gradually relax a 3 week lockdown by opening daycare and schools on April 15th. Such as success rate has been attributed to the government intervening early, aggressively contact-tracing and quarantining suspected coronavirus cases.

Iceland, apart from healthcare measures, has been hailed worldwide as an example for taking urgent economic decisions too. It allocated 8% of its GDP to counter the economic impact of the corona virus. It conducted large scale randomized testing which was key to discovering that most positive cases were asymptomatic. As a result, the country has seen a drop in daily cases since April 2nd and an astounding 99% recovery rate

When the President became aware of a mysterious virus affecting citizens of Wuhan in December last year, she immediately ordered the inspection of all airplanes arriving from Wuhan. As the virus spread, she accelerated the production of protective gear, set up an epidemic command center and suspended all flights from Hong Kong, Macau and Mainland China. Such an early aggressive response limited the outbreak in Taiwan to only 393 positive cases and 6 deaths. Taiwan is now exporting millions of face masks to Europe and other countries.

A Washington Post headline read “ New Zealand isn’t just flattening the curve. It’s squashing it.” Arden has followed the method of “elimination” instead of “containment” and that has made all the difference. For a country heavily reliant on tourism, she did what was previously unthinkable: NZ shut it borders on March 19th. The PM is adamant to see through a 4-week strict lockdown. The government is conduction wide spread testing and recorded only 1300 positive cases and 9 deaths.

Call it their efficient leadership skills or their ability to take decisive a-political action, or maybe women handle crisis better than men, or just plain compassion; these women, like many others, are justification of why we proudly say #TheFutureIsFemale. Like Beyoncé rightly concludes: WHO RUN THE WORLD? GIRLS!