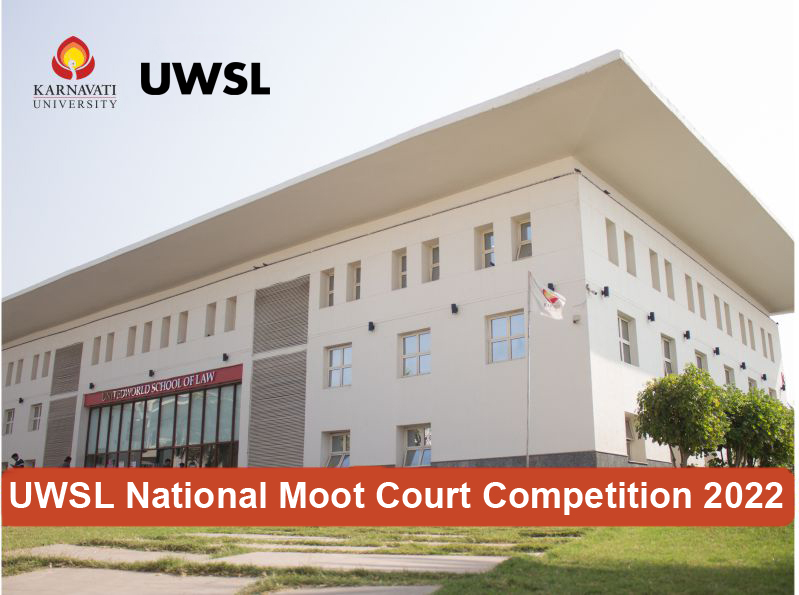 1. The Union of Nilfgaard is one of the most populous democracies in the world. It is a religiously and ethnically diverse nation, with deep cultural beliefs and complex social mores. Among the many societal mores, having children and epitomizing motherhood is considered very important. This along with the desire of couples to have children drives parents to conceive children. However, where the parents are unable to conceive a child through biological means, they are compelled to take recourse to scientific means. This has inter alia resulted in the increase in commercial surrogacy practices in the Union ofNilfgaard.

2. In the course of time, commercial surrogacy in the Union of Nilfgaard became extremely popular amongst the intending parents from Nilfgaard and developed nations due to the relatively low cost and easy access to the surrogacy clinics. It allowed various sections of society to conceive children including members from LGBTQ community, single parents, unmarried couples in live- in relationships, divorced individuals and couples who suffered from some form of infertility related issues. The demand for surrogacy procedures led to the development of a number of businesses around surrogacy procedures. Despite such prevalence of such procedures and businesses in the Nilfgaardian society for more than 40 years, there was no unified law to regulate either commercial or altruistic surrogacypractices.

3. A number of clinics across the Union of Nilfgaard began to provide surrogacy related services. Some of them conducted themselves professionally while others acted in a nefarious fashion. The rise of the surrogacy market also provided opportunity to a number of women to become surrogates. They by becoming surrogates earned their livelihood and gained some financial freedom. A number of them belonged to economically backward class and participation in such procedures became a means to move out from the vicious cycle of poverty. Also, some of the surrogate mothers agreed to become surrogates not out of their free will but from some form of compulsions either socio- economical or personal. A survey conducted by “Nilfgaard for Women” association showed that 51 % of surrogate mothers are not adequately remunerated and are often exploited due to their socio-economicbackground.

4. An important media house named “Hogwarts Express”, in a story covered the apathy of many surrogate mothers and exposed the iniquitous functioning of various surrogate clinics inthe Union of Nilfgaard. These painful stories of surrogate mothers became a national story and there was opposition on many fronts by pressure groups and social organizations to ban such surrogate clinics. Despite multiple efforts in the past, due to a number of underlying issues, no standardized law had seen the light of the day to regulate commercial or altruistic surrogacy.

5. A newly formed government with huge electoral mandate decided to regulate the altruistic surrogacy procedure and ban commercial surrogacy. The Government received wide support for the ban of commercial surrogacy from the people of Union of Nilfgaard. However, such decision also received several criticisms from many sections within the society. In December 2018, the Surrogacy Arrangements Bill, 2018 (“Bill”) was introduced and passed in the Lower House of the Parliament of Union of Nilfgaard. However, in July 2019 the Bill was rejected by the Upper House. When the government fell short of a majority in the Upper House, it decided to bring an Ordinance to regulate surrogacy. Accordingly, the Surrogacy Arrangements Ordinance, 2019 (“Ordinance”) was promulgated on28.12.2019.

6. Among the many clinics that provided the surrogacy services, one was Hatter Clinic in Ariana, a State in the Union of Nilfgaard. This clinic was known for its exemplary services for commercial surrogacy procedures. It maintained complete transparency and accountability in its services. It vetted the surrogate mothers properly and kept a proper record register and also ensuring their full health and well being. It provided them great financial rewards and also supported them with full health insurance for life. They also took precautions against nefarious clients. Their client scrutiny and due diligence about the client's intention was considered an industry standard within the Union of Nilfgaard. They had also received a number of awards for their best practices in this business. Both their employees and client were contented, satisfied and happy with their business model.

7. The promulgation of the Ordinance which banned commercial surrogacy acted as a death warrant for these businesses. It imposed restrictions on the surrogacy practice (altruistic surrogacy) and made the business of Hatter clinic and others completely unviable. This resulted in the retrenchment of a number of surrogate mothers on their pay role and made it impossible for Hatter clinic to continue paying the premium of their employee health insurance. Afraid of the penal consequences prescribed under the Ordinance, several indenting parents repudiated the surrogacy contracts with the Hatter clinic and requested refund of the advance amount. The intended parents also threatened to initiate civil and criminal proceedings against Hatter clinic if they failed to refund the consideration for surrogacy arrangements. This put the Hatter Clinic under huge financial jeopardy. Aggrieved by the restrictions imposed by the ordinance, the Hatter Clinic filed a writ petition to challenge the constitutionality of the Ordinance before the High Court of Ariana.

8. One married couple namely Mr. Atulya who was a Nilfgaardian citizen (38 years old), and his wife Mrs. Anna (50 years old) who was a Zangvebar citizen were also Hatter clinic’s clients. Few members of Ms. Anna’s family suffered from Leber hereditary optic neuropathy (LHON) syndrome. As LHON is a mitochondrial disease, Ms. Anna feared that she might be the carrier of this genetic disease and the same will be transmitted to her off springs. Ms Anna went through several processes of genetic counseling/testing for mitochondrial disorders in Zangvebar and it was suggested that there is a high likelihood that her offspring will suffer from LHON. Therefore, Mr. Atulya and Ms. Anna decided to conceive a child throughsurrogacy.

9.They approached the Hatter Clinic in December 2019, for a surrogacy arrangement. Ms. Kritya (28 years old) who is an unmarried, educated and independent women agreed to become a surrogate mother for a consideration of Rs. 10,00,000/-. After the initial round of discussions, Hatter Clinic, Mr. Atulya and Ms. Kritya concluded a traditional surrogacy contract wherein inter alia it was agreed that through artificial insemination using Mr. Atulya’s sperm, Ms. Krityawill is impregnated. Under the contract she was bound to hand over the child to Mr. Atulya and Ms Anna. Pursuant to the traditional surrogacy contract, advance payment was made to Ms. Kritya. However, before artificial insemination process could be conducted, the ordinance was promulgated. Afraid of the penal consequences under the ordinance, Ms. Kritya backed out of the traditional surrogacy contract. Being aggrieved by the provisions of the ordinance which banned commercial surrogacy, Mr. Atulya and Ms. Anna challenged the vires of the provisions of the ordinance before the High Court ofAriana.

10. In the State of Tarakota, a State in the Union of Nilfgaard, Mr. Rajiv and Mr. Rhythm being Nilfgaardian citizens, were gay couples belonging to Hindu religion. They met in 2015 and fell in love with each other. Pursuant to the decisions of the Apex court of the Union of Nilfgaard, after a live-in relationship of three years they decided to get married. They belonged to extremely conservative families and afraid of the societal backlash, in 2018 they had a secret ceremony in a temple to solemnize marriage. Subsequently, they were unable to register their marriage under the Hindu Marriage Act, 1955. Thereafter, they also failed to solemnize their marriage under the Special Marriage Act, 1954. In both cases, the authorities were of the view that the text of these enactments only recognises heterosexual unions and homosexual unions are not covered under them

11. Having failed to provide legal recognition to their marriage, Mr Rajiv and Mr Rhythm made an attempt to move on with their lives. They always dreamt of having a family and decided that by utilizing the surrogacy procedure they will relish the joy of parenthood. However, with the promulgation of Surrogacy (Regulation) Ordinance of 2019, all the hopes of becoming parents became grim. The ordinance being exclusionary allowed only a certain set of people to become surrogate parents. Section 4(c) (II) imposed restrictions on couples that they should be “married for at least 5 years and are Nilfgaardian citizen”. This provision has made it nearly impossible for Mr Rajiv and Mr Rhythm to become biological parents and being aggrieved by the ordinance they challenged the provisions of the ordinance before the High Court ofTarakota.

12. In a different set of circumstances, in the State of Kimanu, a State in Union of Nilfgaard, Mr. Suhas (30 year old) and Mrs. Suhasani (29 year old) a married couple were unable to have children. During a meeting with Mr. Suhas’s brother Mr. Aman, owner of a construction company, they shared their grief about her inability to beget a child. MrAman suggested that they should take recourse of surrogacy procedure. Mr. Aman (40 years old) made them meet Mr. Samark who was a construction labourer working at Mr. Aman’s construction company. Mr. Samark was married to Mrs. Sagrika (35 years old) an uneducated woman and despite being married for ten years Mrs. Sagrika was unable to conceive due to Mr. Samark’sinfertility.

14. The Ordinance came into effect during the gestation period of Mrs. Sagrika i.e. two three weeks prior to the expected date of delivery of the child. Subsequently, after the birth of child on 21th January 2020, she changed her mind and decided to keep the child and forgo the money. Thereafter, MrSuhas and MrsSuhasani filed a petition for a Writ of Habeas Corpus seeking custody of the child before the High Court ofKimanu.

15. Since the promulgation of the Ordinance, the aforesaid writ petitions were filed before different High Courts in the Union of Nilfgaard challenging the provisions of the Ordinance. As the cases involved substantial questions of general importance, the Supreme Court of Nilfgaard on its own motion transferred the Writ petitions pending before different High Courts to itself. After completion of the pleadings the Supreme Court listed the writ petitions/transferred petitions for final hearing on April 28,2022.

Note: Teams are advised to frame additional issues, if any, based on the Factual and Legal aspects.

The official language for the Moot Court Competition shall be English only.

IMPLEMENTATION AND INTERPRETATION OF RULES:

STRUCTURE OF THE COMPETITION

•    Certificates for participation will be given to all the participants.

•    Separate Certificates will be provided to the Quarter-Finalists, Semi-Finalists, Runners-up and Winners.

•    All Certificates and awards will be presented to the participants only at the Valedictory Ceremony on the evening of 30th April, 2022. The participants are advised to finalize their travel plan accordingly.

For Further Queries Email us at [email protected]